Mikel Coffee Company: a Coffee that the Old Gods praise. Mikel Coffee Company: a Coffee that the Old Gods praise.

The year was 2008. In the peaceful city of Larissa, people went about their businesses in a comfortable manner. As far as an average onlooker was concerned, it was business as usual. And yet, the serene, mild Greek weather was in stark contrast with the storm raging within a man who was about to change the Greek coffee market.

Eleftherios Kyriakakis had always been a man with a vision, and the skills required to turn them into reality. Starting out in the earlier 21st century, Mr. Kyriakakis had set upon to create a conglomerate in the F&B industry. After setting up a string of multiple businesses including cafés, bars, and restaurants, he eventually settled upon coffee. And not just any coffee.

In the overly saturated Greek café market, local cafes found, to their dismay, that their ever-decreasing standards were not able to provide specialty coffee lovers with what they required. The inadequate quality of coffee, coupled with the customers requirement to fuel their daily needs set up the foundation for the birth, and subsequent rise of the Mikel Coffee Company. A high-quality branded coffee chain that would take the city of Larissa in Greece by storm in 2008. This revolutionary step in the local café industry was christened Mikel. Pretty soon, Mikel began acquiring a large fanbase, creating permanent customers, and expanding out in an ever-increasing number of stores.

The USP of Mikel, frankly speaking, is its coffee. A premium, second to none coffee, instills the supreme sense of faith in its brand image. And maybe, just maybe, it is knowledge, entering life through a new medium. That is also the MIKEL acronym, and motto. “Maybe Its Knowledge Entering Life”, or MIKEL. 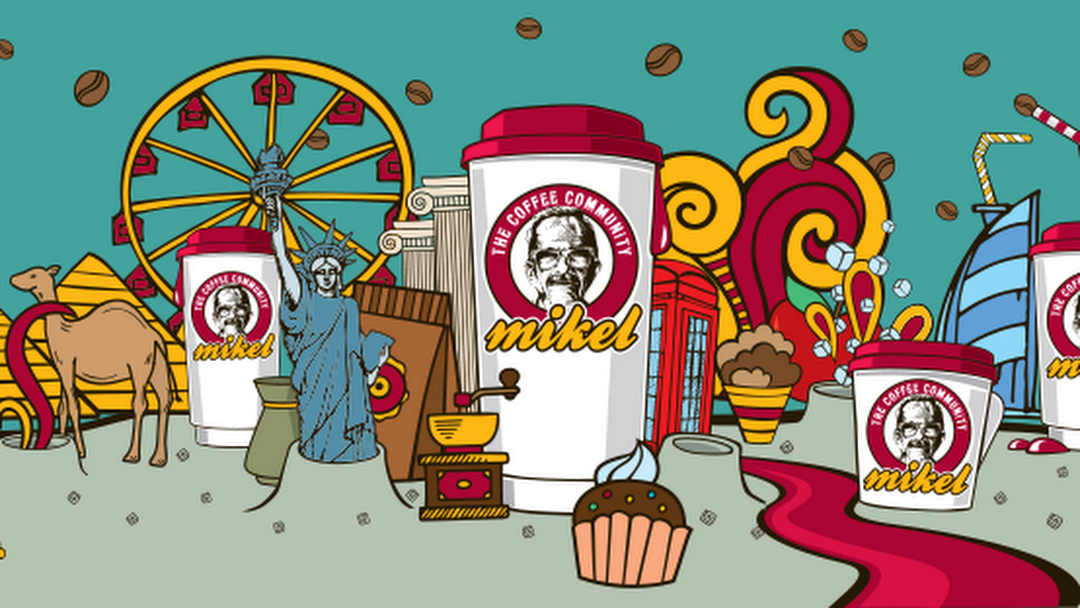 Here is a timeline of the Mikel Coffee Company

Mikel began franchising in late 2011, officially expanding to cover cities across the nation of Greece. Beginning with Volos, the expansion gradually took the Mikel name throughout Greece. In 2015, it set foot towards global expansion, beginning with Cyprus and the United Arab Emirates. Today, the numbers speak for themselves. In March, August, and September 2018, Mikel opened outlets in the UK, Australia and the USA, respectively. As of 2021, Mikel Coffee Company has over 225 stores in Greece, and 50 more international outlets across 13 countries throughout the globe.

In 2020, Mikel actively stepped into the second largest franchise market of the world, India. Continuing their development and expansion juggernaut, Mikel is on the lookout for new Master/Area/Outlet franchise partners. The only prerequisite for being a Mikel franchisor is the capability being true to the Mikel code and spreading its values and philosophy around the world.

INR 2 Crore for an Area Franchisee

INR 6.5 Crore for a Master Franchise

It would be unwise to claim that Mikel is the first of its kind. It is however, not an overstatement that it surely has the potential to be among the best. With the inception of Mikel, the market is set to discover a premium, top of the line Coffee Shop Franchise in India, which does not shy away from approaching its customer base with gusto. Own Multiple Franchises? How to Balance Your Time Among Them

Why Food Franchising in India Works