Stories from the Franchise Land: The Burger King Story Stories from the Franchise Land: The Burger King Story

Burger King is the second largest fast food hamburger chain in the world and has gained the love of the people to make it one of the most popular fast food chains across the globe. Almost 100 percent of BURGER KING® restaurants are owned and operated by independent franchisees, many of them family-owned operations that have been in business for decades.

A peek into the history:

Keith J. Cramer and his step father Matthew Burns were inspired by the concept of McDonald’s and began thinking on the line of franchising. Both of them bought two pieces of equipment called “Insta” machines and opened their first store using the cooking device Insta-Broiler. The strategy was a hit and hence was also implemented in all the other franchisees later.

In the year 1959, the Company experienced shaky grounds and the Miami, Florida, franchisees James McLamore and David R. Edgerton purchased it. They changed the name to Burger King and ran the company as an independent entity for eight years and successfully opened their outlets at around 250 locations in the United States. In the year 1967, they sold the venture to Pillsbury Company.

The Pillsbury Company made various attempts to restructure and reorganize the company. In one of the significant initiatives of the year 1978, it hired McDonald’s executive Donald N. Smith to help revamp the company. Other initiatives included updated franchise agreements, a broadening of the menu, and new store designs to standardize the look and feel of the company. Though some of them worked, most of the changes were discarded as it did not help much in its growth and development.

Eventually it became difficult for the company to contain and manage the fiscal deficit and recover from the financial setback. In 1989 it was taken over by the British entertainment conglomerate Grand Metropolitan and then eventually by its successor Diageo but both of them were also not able to manage a rising slope in the finances.

In the year 2002, the company was bought by a group of investment firms led by TPG Capital for US$1.5 billion. It helped the company to relive and reorganize its structural reforms.

In September, 2010 TPG and its partners announced it would sell their 31 percent stake in Burger King to another private equity company, 3G Capital, for US$24 per share, or $3.26 billion. During the financial crisis of 2007-2010, the company went into constant losses unlike the competitor McDonald’s.

In August 2014, Burger King announced its affiliation to the Canadian restaurant and coffee shop chain Tim Hortons and hence have seen growth since then. 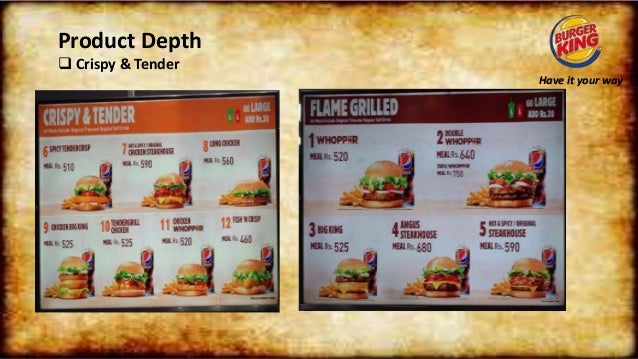 The first original outlet had basic hamburgers, French fries, soft drinks, milkshakes, and desserts predominantly as part of the menu. Whopper sandwich was added in 1957 and it became so famous that it is seen as synonymous with the brand name itself today. Many new lines of items like non hamburger sandwiches, breakfast product line and “Am Express” product line were introduced in different decades. Items such as the Texas Double Whopper and various sandwiches made with mushrooms and Swiss cheese have been rotated in and out of its menu for several years.

As the company expanded their reach outside of the US, it made the menus more localized keeping in mind the different regional tastes and religious beliefs. Some examples are teriyaki or beetroot and fried egg to the Whopper and halal or kosher products in the Middle East and Israel.

To make itself stand out in contrast to its competitor, Wendy’s introduced some limited time offers (LTOs) from time to time. These items were either versions of its core products, or new products intended for either long or short term sales. 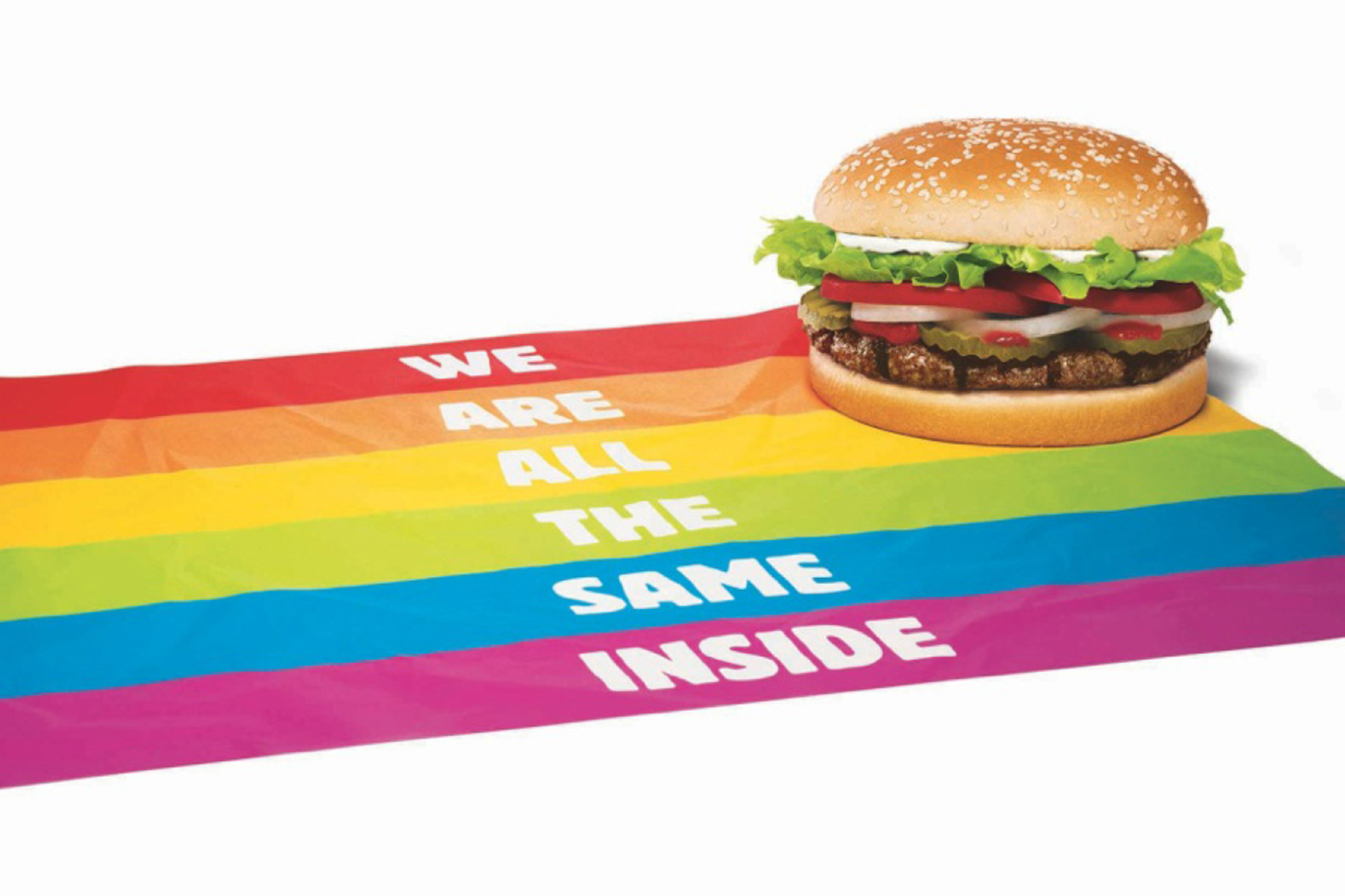 Burger King is known for its two famous own in-house national charitable organizations and programs, Have It Your Way Foundation, a US-based non-profit and McLamore Foundation, also a non-profit. While the former focuses on the hunger alleviation, disease prevention and community education through scholarship programs at colleges, the other one aims at providing scholarships to students in the US and its territories.

Moreover, various franchisees across the world are also associated with several charitable organizations that support research and treatment of diseases such as juvenile cancer. In the U.S the BK has also associated itself with the Major League Baseball team the Boston Red Sox and its charitable foundation, the Jimmy Fund. The group runs its contest in Boston, where they offer lottery style scratch card worth $1. Each card produces a winning prize that is usually a food or beverage product, but includes (rarer) items such as shopping sprees or trips. Funds raised in these kinds of contests goes to health centres like Dana-Farber Cancer Institute. In Nebraska it also has also affiliation with “BK Beat Cancer for Kids” program at the UNMC Eppley Cancer Center at the University of Nebraska Medical Center in Omaha.